It’s that special Q&A time again. Everyone can join in, so copy and paste the questions in the comments section and answer like it’s 1999! 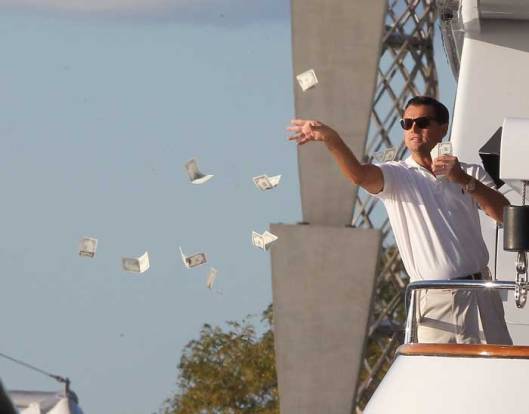 In the meantime, thankyou to my friend Diego (the man we all know and love) for the nomination, I have some interesting questions to answer:

How would you explain the colour blue to a blind person?
I would say Blue Is The Warmest Colour.

If you could recast the MCU, who would you put where?
I’d be interested to see Leonardo DiCaprio as Iron Man.

What’s a scene from a movie that made you cry the most?
So many. But I probably did my ugliest cry at the finale of Dancer In The Dark. Since I’ve used that one as a ‘cry movie’ example on other posts, I will bring some variety and recall that I also cried so bad at Sophie’s Choice. I shock-cried at A Serbian Film.

Hit me with the best joke you’ve heard.
There’s a joke I want to say. But I’m not sure if this is the platform for it. So I’ll go with… what did Jay Z call his girlfriend before she was his wife? Feyonce!

Halloween is my favourite holiday. What are you guys dressing up as this year?
I’d like to dress controversially… not your average witch or skeleton. I saw a great costume example where someone dressed as the bedroom wall from Stranger Things, with Christmas Lights on it and the hand pushing through the material. You’d have to see it to get my flow.

What’s the best ad you’ve ever seen? (I’m intrigued)
There’s one advert that really sticks in my mind, I think it was on in the late ‘90s/early 2000’s, but I just thought it was literally amazing. Guess what! I found it: https://www.youtube.com/watch?v=iewSJ6nTEv4

I also love the recent Haribo Tangfastic adverts with the kids voices dubbed over the adults.

I’m running out of TV shows to watch, whatcha got?
Have you done House Of Cards? That’s just great. I always recommend Bates Motel, and the new season is upcoming on Netflix in 2017.

If you could talk to your 13 year old self, what would you say?
Dude. Don’t wear that. It doesn’t look as cool as you think.

What’s a film that changed your perspective on life/the world?
The Paradise Lost documentary film series really had a profound impact on my perception of the American justice system, and I guess mankind as a whole. I’m really immersed in the whole new wave of docos coming out about wrong convictions and unsolved crimes … West of Memphis, Making a Murderer, the new Amanda Knox Netflix film (fantastic), The Central Park Five, Who Took Johnny, etc. If you aren’t familiar with the West Memphis Three case, simply YouTube ‘Paradise Lost movie’ and catch the 3 documentaries. Then let’s talk about it.

If money wasn’t a problem (wages and stuff), what job would you wanna do?
I would like to own a little shack shop selling and renting scuba stuff, potentially in Fiji, or Northern Queensland in Australia. Somewhere hot and tropical. How cool would that be? We would also be a mini bar.. doing refreshing drinks and stuff!

Tips and advice for new bloggers out there? (Speech, speech, speech)
‘If you want the rainbow.. you gotta put up with the rain.’ Hahaa no.. I would say just have fun with a subject that you’re really passionate about, whether it’s movies, music, travelling.. or making things from matchsticks. If you really love something you can write about it and make that something interesting to someone else. Don’t try to conform to any other style or topic, just choose what suits you and if you’re enjoying it, it will radiate through and others will enjoy it too.

Thankyou again Diego for some brilliant questions. I feel like I know myself better now already. It’s always nice to think out of the box.

Here’s my questions for you guys… don’t be shy now, what are you waiting for?