bambi, cinema, disney, dumbo, film, movies, pixar, the fox and the hound, the lion king, up

Disney movies are known for having an emotionally hard hitting scenario somewhere in the mix. After reading a great review on Dumbo from Diary Of A Movie Maniac, I started considering 5 of the saddest moments in Disney movies. 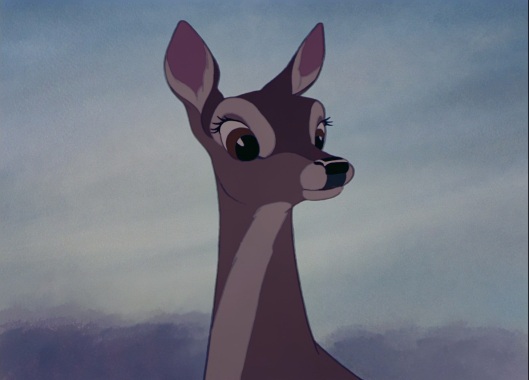 Bambi (1942)
I can’t even begin to… “Bambi! Keep running! Don’t look back!” This is one hell of a tear jerker. You know it’s coming and there’s nothing you can do to change it.

Dumbo (1941)
This cuts me really deep. Dumbo’s mother is imprisoned in the trailer and they share a moment when he visits. Dumbo sheds a tear or two, and there’s a montage of all the other mummy animals with their babies, with the soul-stirring ‘Baby Mine’ lulling in the background. Surely enough to make any grown man weep!

The Lion King (1994)
Mufasa’s death in The Lion King has been known to reduce even the hardest of movie veterans to a soggy heap of tears. Simba’s desperation to wake his father and his slow realisation that it’s not going happen makes for a seriously emotional viewing.

The Fox and the Hound (1981)
There’s certainly more than one emotional moment in this Disney classic. One of the most prominent moments is when Widow Tweed takes Tod into the forest and drives away without him. He’s grown into a young adult fox, it’s time he learnt to live out in the wild on his own. BUT HE JUST DOESN’T UNDERSTAND!

What’s THE saddest moment in a Disney movie?

38 thoughts on “5 of the saddest moments in Disney”