braindead, bridesmaids, cinema, film, harry potter and the chamber of secrets, movies, the exorcist, the hangover

Why oh why would a post like this be a good idea? Variety is the spice of life! If you’ve eaten in the past hour or so, or if you don’t like gross things, now’s a good time to look away. Here’s 5 of the most unsettling vomit moments in the movies! *gulp* 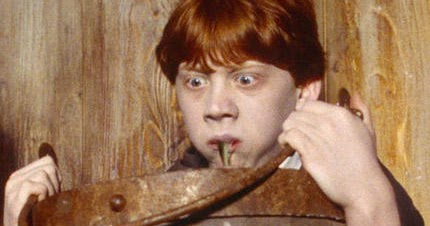 Harry Potter And The Chamber Of Secrets (2002)
When Ron becomes a victim of the ‘eat slugs’ charm! A really, really nauseating thing to watch.

The Exorcist (1973)
This is a movie that seriously scared the hell out of people. And still does. The possessed Regan vomit scene is enough to put anyone off their next meal. 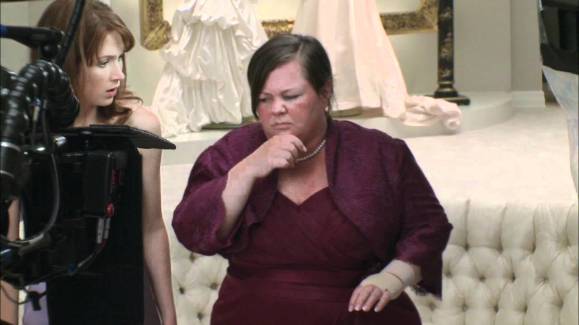 Bridesmaids (2011)
“I wanna apologise, I’m not even confident on which end that came out of”
If Judd Apatow’s involved, there’s going to be some gross-out moments. The scene in which all the bridesmaids fall victim to fast and furious food poisoning in the wedding dress store makes for some really fantastic comedy. It’s the kind where you’re just thankful it’s not you, and you’re laughing because you know how mortifying the situation would be.

Braindead (1992)
Peter Jackson’s early splatstick movie oozes with red corn syrup from every crevice. There’s a pretty disgusting moment when the zombified baby chucks up some green goo (that creepy baby will give me nightmares for the rest of my life).

The Hangover (2009)
A lot of us have experienced that crisis after a heavy night on the alcohol when nothing will stay down. Stu in The Hangover experiences such a dilemma at the breakfast table outside the Vegas hotel. Again, it’s funny because we know how it feels, and we’re just glad it’s not us.

What’s the most unsettling vomit moment in the movies?

14 thoughts on “5 unsettling vomit moments in the movies”